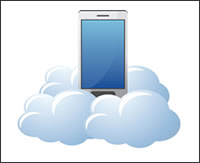 There are two main approaches companies can take who want to maximize the mobile/tablet users experience on a web site. The first way is to create a mobile specific web site that will show in place of your regular web site. In this case the mobile site is often an abridged version of your regular web site and you can give the user the option to click a "View Full Site" button if they want to see the full version of the web site even though they are using a mobile device or tablet. If you have a web site and need a mobile version of it made contact Waves Web Design or call us at 307-265-2157. The second and best way to maximize your web site for the mobile and tablet user is to build a responsive web site.

Responsive websites respond to their environment. As the number of different device types, platforms and browsers grows it becomes important for your web site to be able to adapt to fit the different requirements of each device. A responsive website changes its appearance and layout based on the size of the screen the website is displayed on. Responsive sites can be designed to make the text on the page larger and easier to read on smaller screens. They can also be configured to make the buttons on the phone's screen easier to press. Contact Waves Web Design to learn more about responsive web site design 307-265-2157.

So how does one decide which method to go with? The biggest difference between the two is price. If you have a newly designed web site and a limited budget, a mobile web site may be the best option for you. They are a relatively inexpensive option and will not require you to completely redesign your web site. If you are building a new web site or have an aging web site consider going with the responsive option. Your web site may need to redesigned to get the functionality you are going for, but responsive web site design is the gold standard.

So just how important is it to design with the mobile user in mind? Take a look at these Pew Research number statistics about mobile phone usage:

34% of cell internet users go online mostly using their phones, and not using some other device such as a desktop or laptop computer.

In conclusion, there is no avoiding the trend. More and more Americans are using their phones to access information. It is worth your while to strongly consider rethinking your web site strategy to include mobile devices.

This email address is being protected from spambots. You need JavaScript enabled to view it.